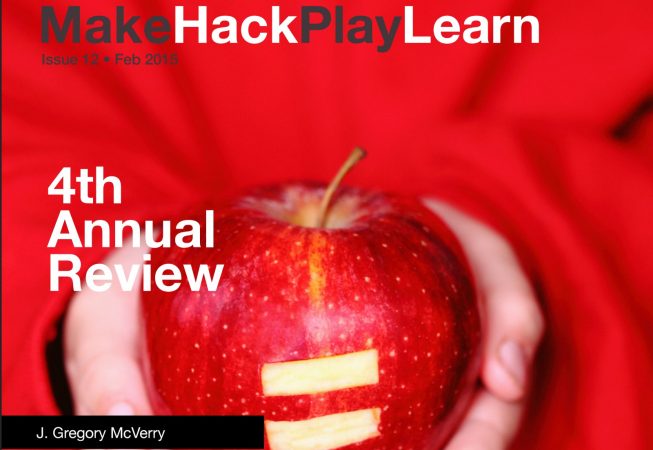 Greg McVerry, Assistant Professor of Education at Southern Connecticut State University, was a frequent participant and follower of the you show via twitter. During the You Show, he published a tumblr blog as his “backstage” where he shared “an unedited stream of thought documenting my makes.”

During the time of the YouShow, Greg worked on a very impressive format for his annual performance review, publishing MakeHackPlayLearn (February 2015) it digitally as something that looks like a published magazine. His review features rich infographics representing his work teaching and online.

He also started a known site for his “quick thoughts”.