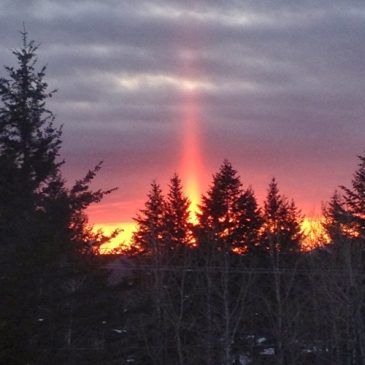 Today, I feel like the main character in a story begun by Douglas Adams and published posthumously (not post-humorously!). As written, Dirk Gently is an out-of-work detective in a cafe, who decides that a passerby must be a case (and that he just hasn’t been engaged by the client who wants the passerby followed).

In my case, I am an almost out-of-work university instructor— one course really doesn’t pay the bills; even EI recognizes that I need help—  who comes to campus every day to help faculty overcome any problems they are facing with the use of Moodle or other computer-based technology in their courses. It’s not something I’m being paid for, but it is work I really enjoy (and I hope someone will eventually notice who can hire pay me).

The ultimate in existentialist job-hunting: find a job and do it until someone begins to pay you. I don’t know that this will work, but then again, existentialism is so tenuous, so emergent, so fragile…

Originally published at The Learning Coach Today
Better Photos? – A Haiku Deck by J R Radney: Less than serious treatment of tripod photography
Haiku Deck is a free and easy way to compose slide presentations with impact. Several tools for uploading and gleaning creative commons pictures for slides a… 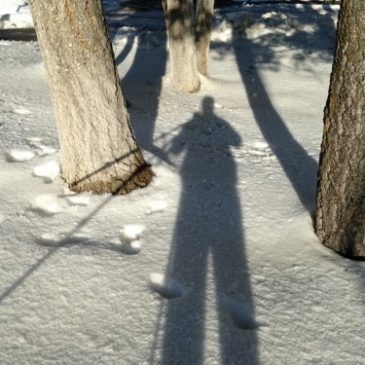 My prof told me I could take better pictures with my tripod, but I’m not sure…

Originally published at The Learning Coach Today
A school bus comes by our house every morning around 8 a.m. 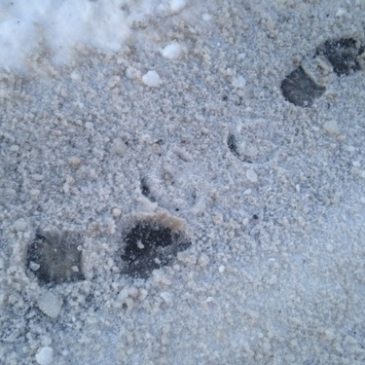 One particular problem looms large when I think about doing or learning anything new: There is so much out there, where shall I begin?

Today, I received/synthesized some understanding why this happens (to me). I overheard a comment of a participant on The Current (daily radio show on CBC) to the effect that learning happens on the edges of what we know.

I reflected back on ready of a couple decades past (Gleick, Chaos Theory) which revealed (invented?) the notion that coastlines are of infinite length because of the existence of fractals where the water meets the land: The more you zoom in on the intersection, the more detailed (and longer) the revealed coast is.

I think this is relevant to my awareness of how ignorant I am (and how infinite the starting points for any (learning) project). Sigh…

I took graduate linguistics courses from Robert Longacre in the early 80s. He often described narrative plot structures in a way similar to Kurt Vonnegut. However, Longacre’s schema was more detailed.

One of the details of plot structure I remember was a discussion of the ‘inciting incident’. Between the ‘beginning and middle’ often discussed as the overall structure of a story, is the occasion where something unusual happens, the event that makes the story begin to be interesting.

What the inciting incident looks like is sometimes called the ‘One day…’ part of the story. So, you begin the story (‘Once upon a time…’ or ‘A long time ago in a galaxy far away…’) where you set a stage. ‘Tom was an unfortunate girl who grew up in the hamlet of Zizzor, just south of London…’ (Added detail—with hat-tip to Umberto Eco): ‘Unfortunately also, she had no need to wear glasses.’) Stage-setting is mostly about description, providing a world for the participants and others to be introduced to readers. But description is not narration. The narration per se begins with the first event of the story.

The inciting incident begins with something like: ‘On one particularly cloudy Tuesday, Tom boarded the bus that would take her to school (or as she liked to think of it, prison). The only available seat was next to an ancient toad-like (gentle)man in a rather rumpled suit of indeterminate colour. Because Tom did not want to stand for the half-hour ride, she sat next to the man. Tom settled herself as the bus pulled away from the stop. Breaking the unspoken law of public transport, the man turned and looked Tom over very carefully, as if considering something that made Tom quite uncomfortable. At the very moment Tom was about to ask her ‘assailant’ not to stare, the man spoke…’ At this point, the story is off and running (or readers have clicked away to something else).

I think different people approach storytelling in different ways, but for me, the story begins with the inciting incident. When I tell design stories, I always begin with the inciting incident. Others may decide upon an overall structure for the story or some moral area they want to explore, but for me, it’s as if the story needs to begin to tell itself to me, so that I can tell it to others. Later on, I’ll figure out what principle the story should illustrate or what the overall plot structure should be and other details.

Then again, I’m not a published author, so following me might lead to misfortune.

What happens when you volunteer to do something outside your (safe) area of expertise? Panic, that’s what!

Okay, I thought the course on digital storytelling looked interesting, exciting, and so forth. The problem is, there are a lot of very competent people out there who expect to get serious production underway very soon. I’m not at all sure I can keep up the pace.

The technology is new, and the concepts and procedures are, as well. I may produce a total flop, but we all will just have to wait and see.

Learning is painful… if only in the anticipation!

I will be exploring digital storytelling (#youshow15) this year, beginning work during the week of 12 January. More information at http://youshow.trubox.ca/

It is vital to the future of humanity that we embrace our differences, but all differences are examples of inequality. We all differ in our appearance, our genetic strengths and weaknesses, our talents and abilities, and the backgrounds of religion, culture, philosophy, language, and family that have shaped us.

As we all differ, so we all have something of value to bring to our worlds. On the one hand, then, the inequalities that allow and encourage our differences are acceptable and must be maintained. However, in terms of our opportunity to thrive, to pursue goals, to educate ourselves, and to bring value to our world, it is important that we strive for an absolute equality. People must not be put down by others for the differences that make them unique in the world. They must not be held back, and they must be encouraged by others to be all they want to be.

When we consider the inequalities that exist in our world, it is important to note two things: First, different inequalities stand out to different people, and every person’s ‘take’ on the important inequalities is important to hear and consider. And second, inequality is not a phenomenon happening “long, long ago in a galaxy far away”; it is real, current, and local. As an illustration of this, I asked the students in a university class I teach the following question.

Here are some of the things they said. Each bullet-point segment was contributed by a different student in the class, but they all had access to each other’s comments.

People have unequal perspectives on the subject of inequality; this is a good an essential aspect of inequality. However, there are important inequalities that must be studied and eradicated in the world—and not just the far-away world. We need to address and change the rampant inequalities in the world that we ourselves inhabit everyday: our homes, our villages and cities, and our regions. As we address inequality, we need to follow the advice of Mahatma Gandhi: Be the change you hope to see in the world!

For readers of this blog post who are well-established in life, whose careers are well along (or perhaps mostly behind them), please note that the ideas expressed in the body of this blog post were written by students whose careers lay mostly ahead of them. Most, if not all, of these people will be leaders at the community, regional, provincial, or even national level within a couple of decades. We do well to listen to them and to encourage them to build a better world than the one we have brought them into.