Originally published at Franzi Ng
The banner of my blog may take you by surprise.  Believe me, my initial banner was a refreshing but rather ho-hum, nondescript image of a tropical beach. Yawn. Then I decided to step up my game with this mighty castle, and a smooth robot kissing  a Sleeping Beauty. You are welcome. But it’s not just … Continue reading Of Castles, Robots and Sleeping Beauties → 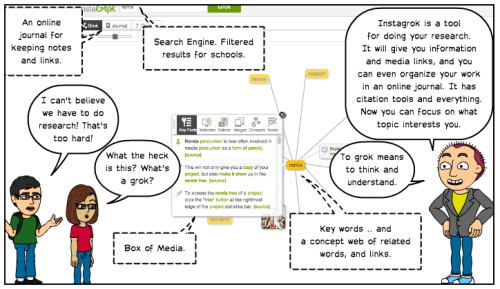 Originally published at Got Some &#039;Splaining To Do

Originally published at RhetCompNow
Who am I kidding? I’ll never get around to the ones I want to read in the video embedded above. The plenty of the Internet is appalling. Consider the Diigo outline of pages/posts/sites that I have vacuumed up this week that all DEMAND to be properly attended to, to get the maximum curation they deserve. … Continue reading Minimum/Maximum Curation Theater → 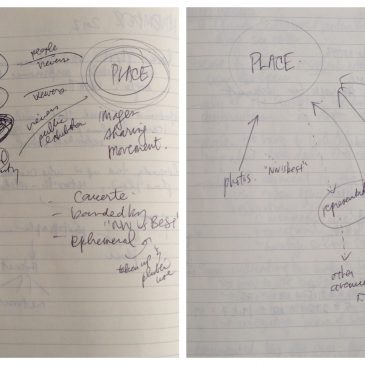 Originally published at Parenthesis » youshow15
So I had this vision of the overall SHAPE of my thesis, formed in part by books on grad school and by mandatory 100-level grad classes on Methodology and various theories, all helpful and well-intentioned. Roaring out the gate after coursework, my starting point was, ideally, something like this: After a year plus of compiling, branching out, […]

Originally published at Christina Hendricks
One of the activities for this week for the You Show is to think about and implement an organizational structure for your site. As this site will serve as a kind of professional portfolio for my work at the university, the structure I’m thinking about is tailored to that. Specifically, it’s tailored to criteria that … 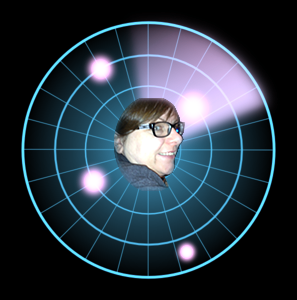 Originally published at darwinsfrog
It’s almost dark out and I’m just thinking how nice it is that we are finally getting some daylight back. I can’t stand leaving work in the dark. First of all I’m a terrible night driver – something I will NOT admit in front of my hubby because it tends to encourage him to ‘tease’ […] 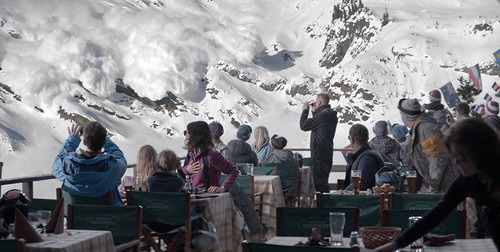 So in my other life away from TRU I am the current Chair of the Kamloops Film Series.  This is a series of feature films we show in three series; Spring, Winter, and Fall. The final film in our Fall series of 2014 we showed the wildly popular The 100-Year Old Man Who Jumped Out The Window and Disappeared.  It was our first Series sellout in many years.  We had some technical problems with the digital version of the film.

What happens now in modern cinemas is the distributor will send out a DCP which is a hard drive containing many versions of the film. The different versions may be a dubbed version, an English Subtitled version, and a French Subtitled version. This DCP is ingested into a computer at the theatre a few days before the screening.  The manufacturer of the DCP will then send via email and electronic code called the KDN. This digitally unlocks the version of the film for a specific duration of time.  All of this to avoid piracy.

Before the screening of the 100-Year Old Man the server crashed and was no longer accepting the KDN. So, the theatre manager frantically tried to contact the distributor, and the manufacturer to get a new KDN.  We finally got it 5 minutes after the film was scheduled to start. Which is fine since I was delaying the start to allow the large crowd to find popcorn and seats.  An average Film Series screening is about 240 people.  We had close to 500 in the theatre.

The film starts with the 100 Year Old man himself narrating his childhood.  We catch up to the modern era where he is waiting in his nursing home room for the staff and mayor to come in with a cake to celebrate his birthday.  Suddenly all the characters are speaking Swedish.  This goes on for too long with no subtitles.  With a big sigh I get out of my seat and find the manager.  She tries to restart the film with subtitles as I announce what is happening to the expectant crowd. We restart and again no subtitles.  With no other recourse I let it run. As it turns out there are about 5 different languages including English throughout the film. For the most part the film is a slap stick comedy so you can get the gist of what is happening.  Also a large part of the crowd were not regular Film Series audience but came because the film is based on a very popular novel of the same name.

Basically we had about 20 people leave but the rest stuck it out.  Amazingly the audience was talking and laughing as they were leaving in a way that normally didn’t happen after a film series screening.

So with trepidation we screened Force Majeure last night. Another Swedish film with English subtitles.  I contacted the manufacture to confirm the KDN was correct and we would have a version of the film with the subtitles.  Everything went well.  The movie was tremendously powerful.  But then during the final moments of the film the lights suddenly went up and the screen went black.  No credits just black screen.  I jumped up and tried to find the theatre manager, but she wasn’t there, so the kid working there called her and got directions on how to restart the film.  While he was working on that I went to the front of the theatre and announced we were going to try to restart, but by now a large portion of the audience left.  So we scroll through the opening trailers and finally can fast forward to the point in the film where we left off.  People file back in, mostly standing in the aisles.  The film starts where we left off and then 20 seconds later ends and the credits start to roll.  So we lost only 20-30 seconds in the first instance.

I was furious.  Had a couple people comment their disappointment to me as they were leaving but none more disappointed than me.

So what happened?  The manager programmed a start and end time for the show but because of the trailers that played before the film it pushed the film past that time. I was so frustrated because I am the public face and the majority of the audience doesn’t know how this kind of problem occurs and assumes it is my incompetence.

The amazing thing was everyone laughed quite a bit when we all realized that we had only missed 30 seconds of watching a group of people walk down a mountain road. The abrupt ending we had first experience thematically mirror the shock and chaos of the avalanche scene in the film.

These two events have made me realize the strong sense of community that our audience has.  Before the screening I was also pondering getting rid of selling our membership cards separately and just adding the membership to the tickets to make the process at the door smoother.  I voiced this thought to friend, as we were chatting.  He said he thought that would probably be a mistake because people liked having this little card to let them identify with this community called the Kamloops Film Society and it possibly gives them that sense of belonging.

The shared experience of sitting through an entire film with no subtitles and laughing not only at a film you can barely understand but also the absurdity of the situation was something that probably wouldn’t have happened with just a general audience.  Our audience knows they are part of a group, they recognize each other from the various screenings over the years.

This is why I feel the Film Society is important to Kamloops.  Nobody would have continued to watch a film without subtitles on Netflix.  But sitting together, laughing together and coming out with smiles acknowledging that we had all gone through this experience together.  Very memorable. 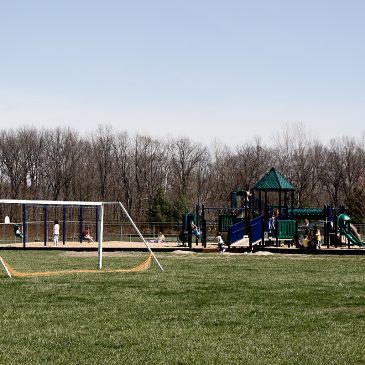 Originally published at brileighant
If you cannot guess from my brilliant, creative and emotion-grabbing title, this is my first official blog post. I am writing this blog as part of a project I am taking on at my workplace – creating an e-portfolio. Part of the purpose of this blog is to serve as a behind-the-scenes narrative for building […]

Do I have a communication shape? I think it may be a crumbling slope, maybe a slump.

I have systematically done less and less writing since leaving University. Short sweet and to the point is often my modus operandi now.  Running after small children kind of gets in the way of sitting in a café with a notepad.  I am excited for the Youshow to help me start to flex those writing muscles again.  So a quick stretch and let’s hit the ‘gym’.

My job is very visual.  I capture content on video either through a camera, or downloading content already posted on the web.  I manipulate these sequences of images into something that hopefully is engaging and relevant to students.  Most of my projects are based around interviewing subject matter experts. For the most part I control the image acquisition by manipulating the camera to produce an image I like.  I have a bunch of constraints on what I can do.

Time:  thousands of academics have talked about duration of learning through media. So listening to their wisdom and adding my own experience I try to keep video down to 6 minutes or less. Digestible bits.

Size: High Def video takes up a lot of room.  So I have to balance files size vs quality vs frame size.  Full HD on the camera I use shoots 5gb per minute.  So a 10 minute raw video is 50gb. I have settings on my camera I can use to reduce this, but this file size doubles because I have to back it up.  So one copy of the file goes into special backup drive, and the other file on to my system.  Then the editing software makes a nice editing friendly version, so more file space is used up.   Wait, wait, wait.  I seem to be heading down a rabbit hole of technical detail.  Maybe I will save that for another post. Suffice to say I have to try to keep file size down and quality up which is a balance.

Space: Where to shoot is a constant struggle.  Doing interviews often lead to the clichéd look of professor sitting in front of a wall of books.  We have no actual studio space on campus.  Often I book a meeting room which can work well. Although bus noise can be an issue since there is a bus stop just outside of our building.

I try to keep the look of the visuals more simplistic and clear.  Limit camera movement, subtle lighting, clear audio.

The work I do is nicely varied; sometimes planning and shooting chemistry lab scenarios for students working on their chemistry labs at home, sometimes interviews with subject matter exports on topics ranging from pre-confederation history to Aboriginal taxation issues to overviews on the work of Plato.

Sometimes while trying to figure out how to explain something visually I get to  research different video techniques whether that be lighting, editing, or slit scan

Am I bragging? No, am I having fun? Yes. 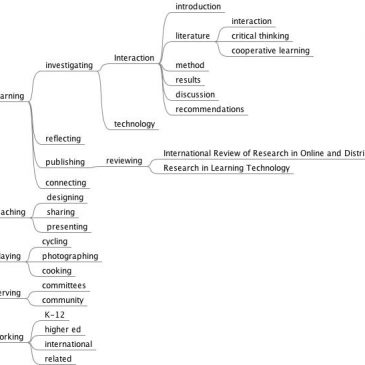 Originally published at A &#039;You Show&#039; Gig
I’d like to focus my efforts during The You Show towards creating a platform for my work, reflections, learning and such. My intent is to end up with a media-rich portfolio/cv that can include elements from my research, plans, projects… Continue Reading →